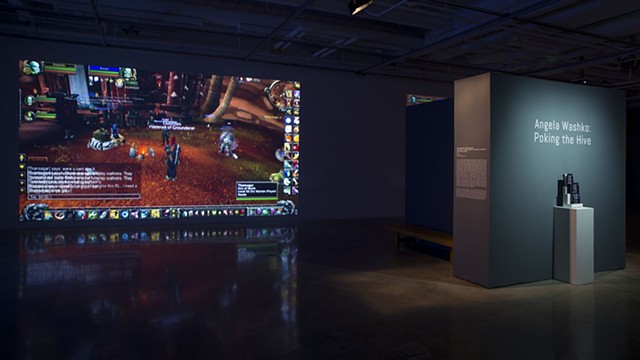 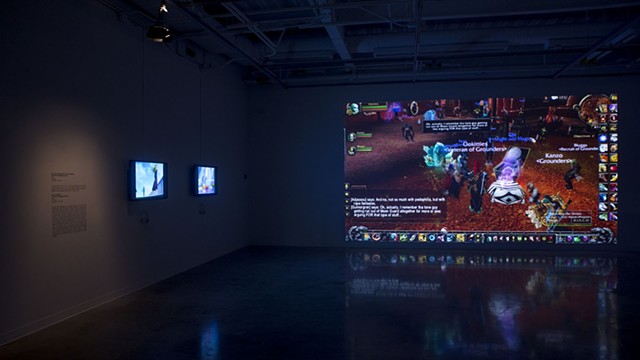 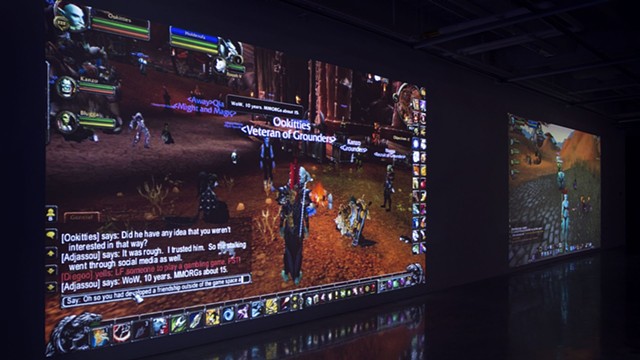 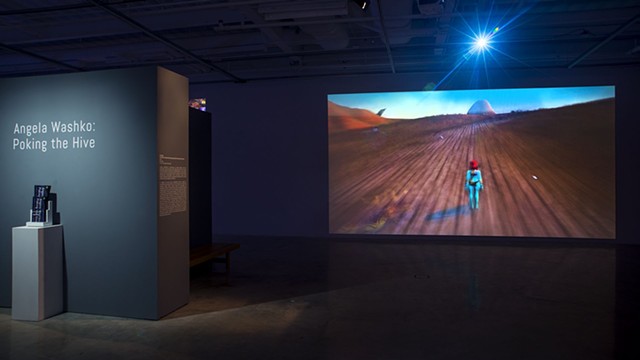 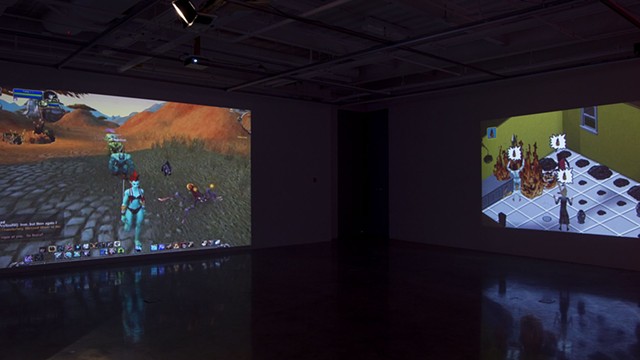 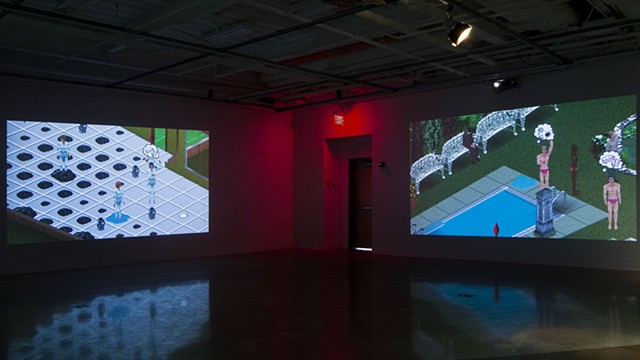 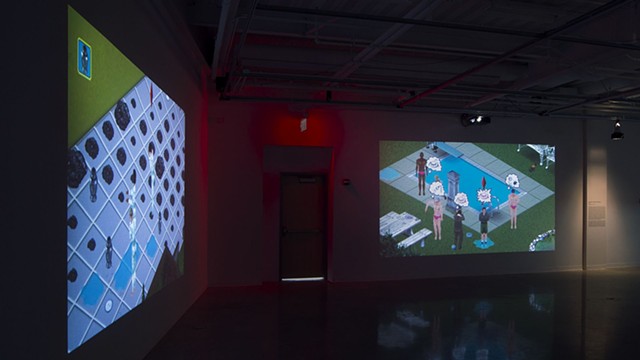 "Angela Washko: Poking the Hive is an exhibition of the artist’s video works and video gaming interventions. Washko’s work attempts to disclose the cultural stereotypes of women embedded within video game narratives and characters, the ways in which anti-feminist attitudes manifest in the interactions of online gaming communities, and how a purposeful redirection of game play can often elucidate the cultural constructs that inform it.