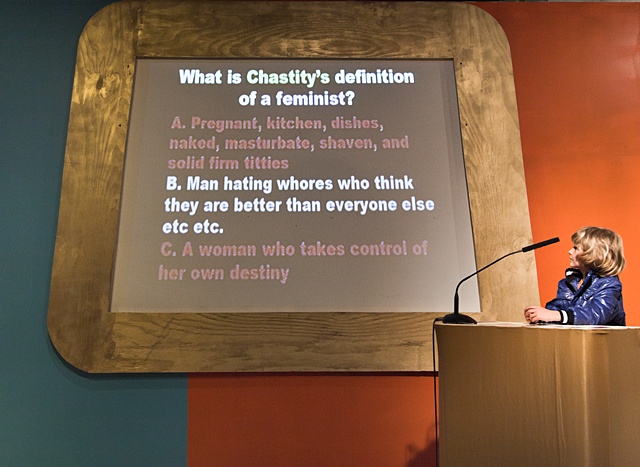 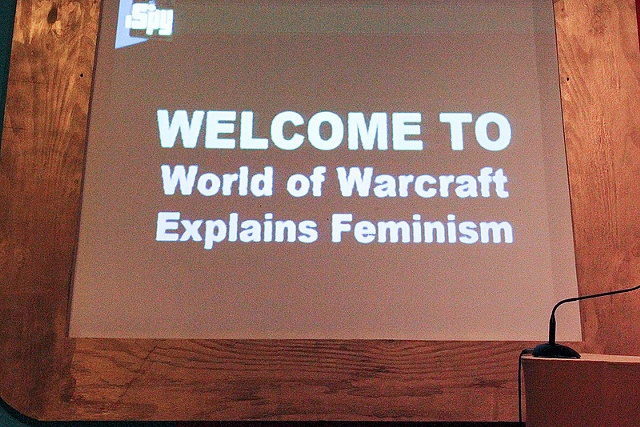 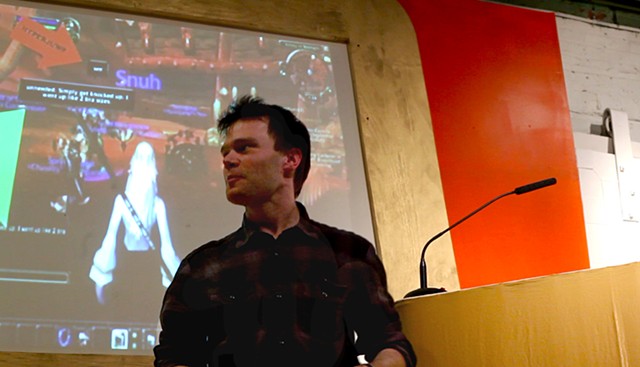 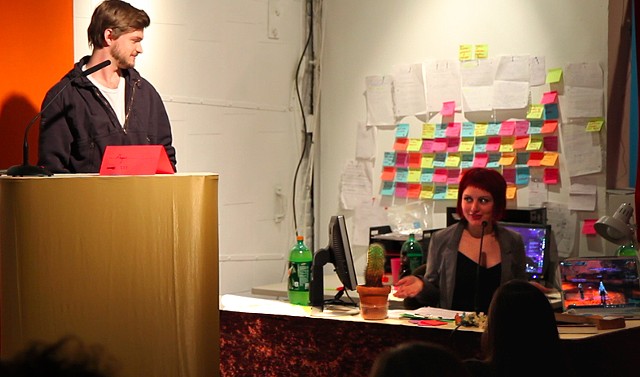 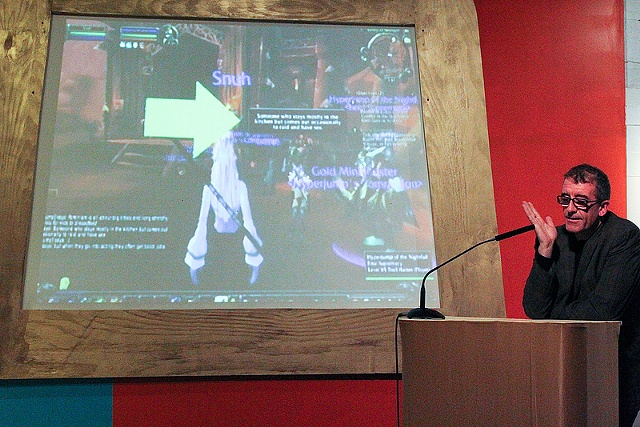 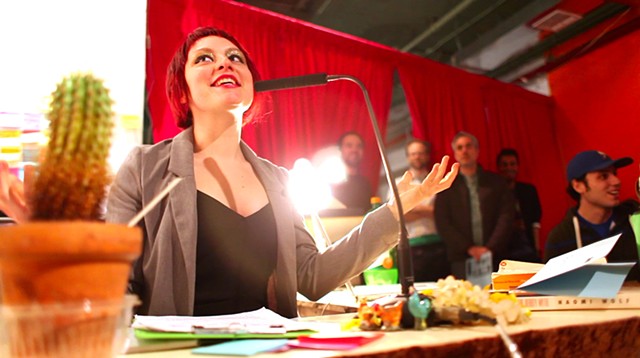 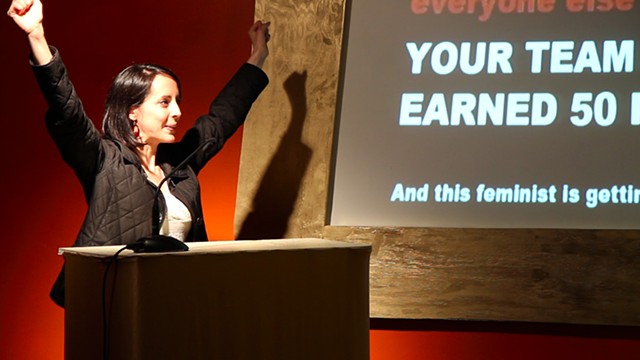 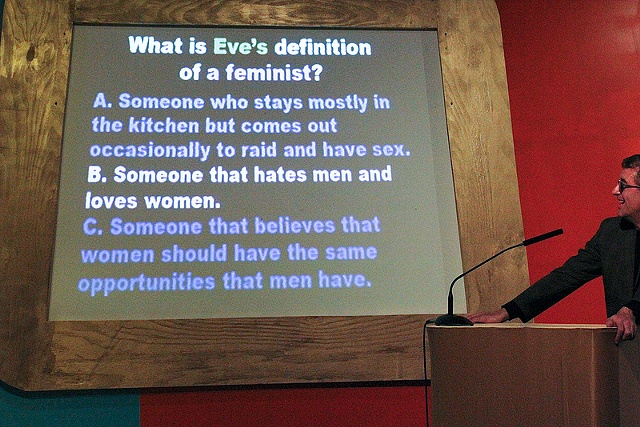 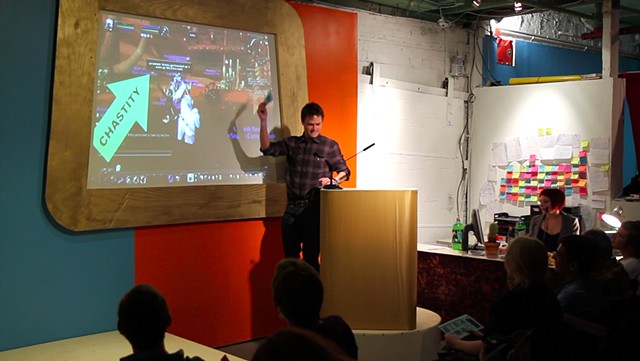 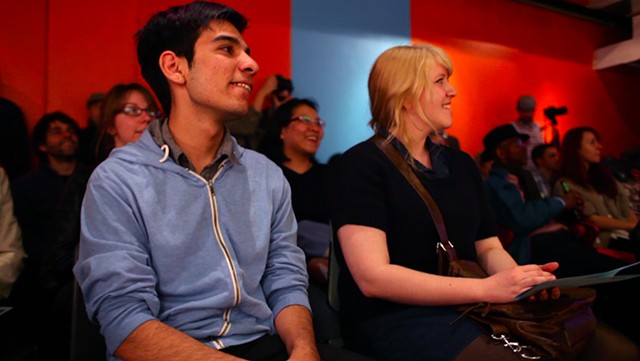 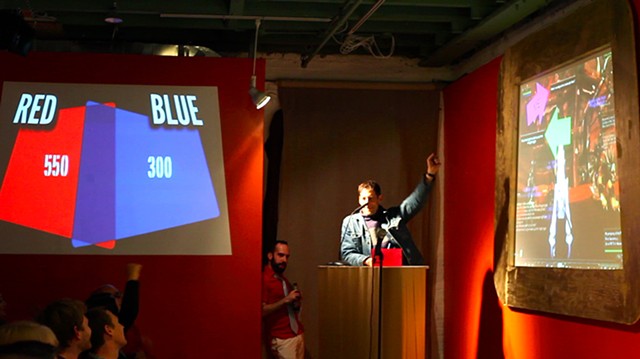 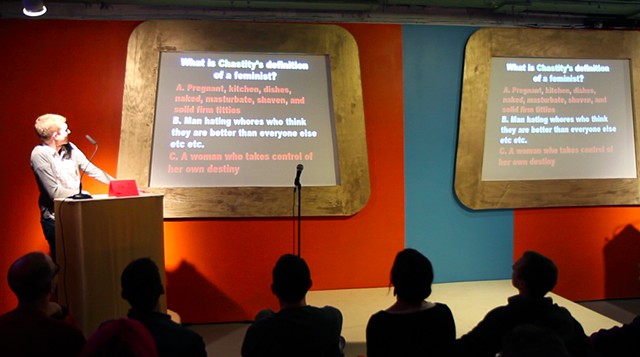 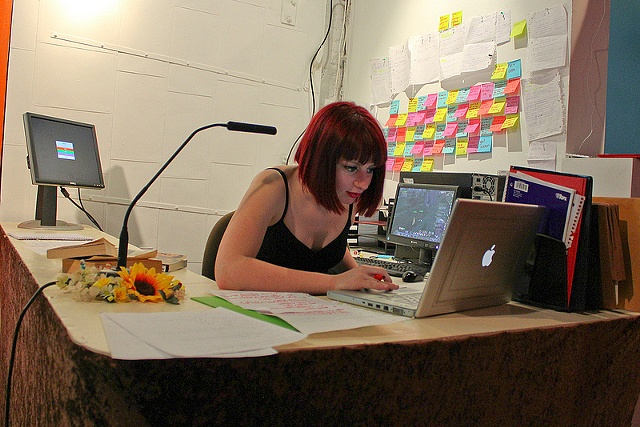 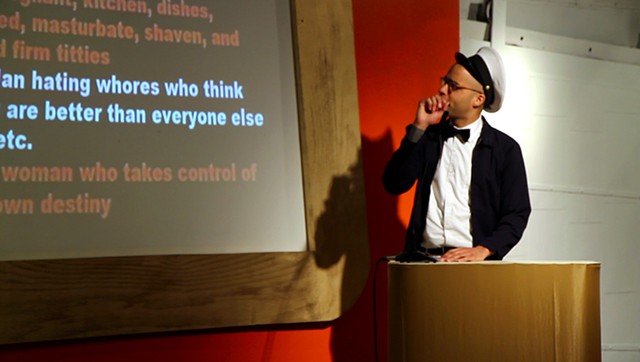 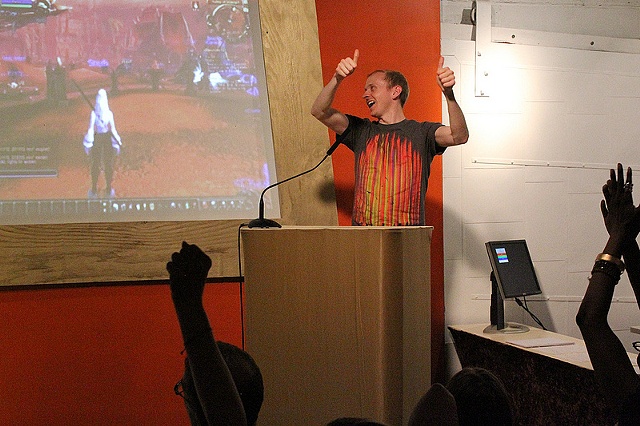 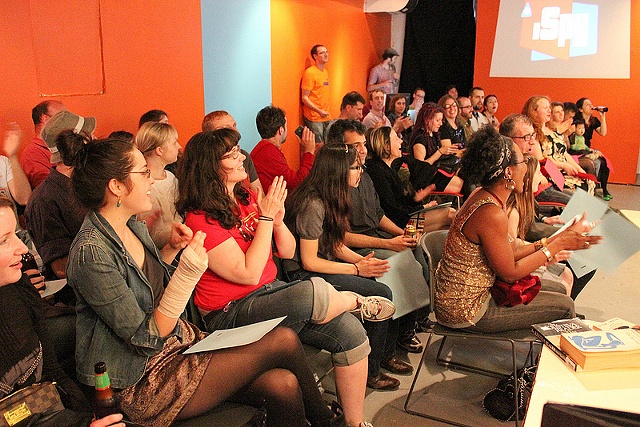 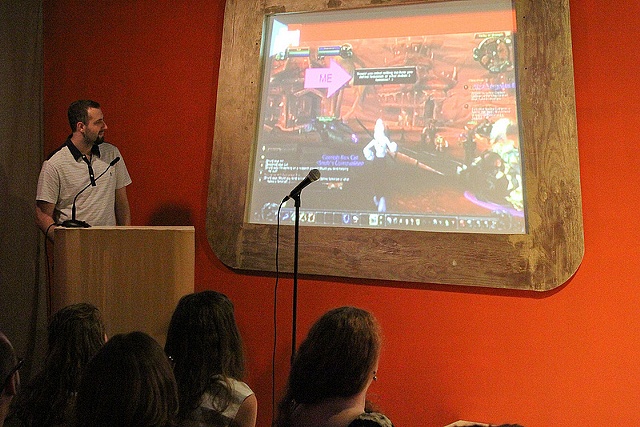 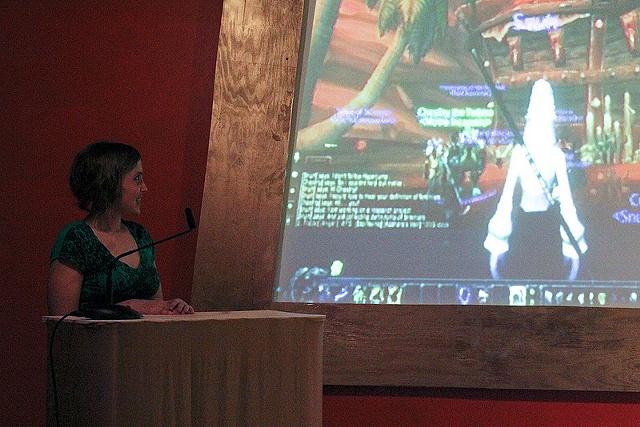 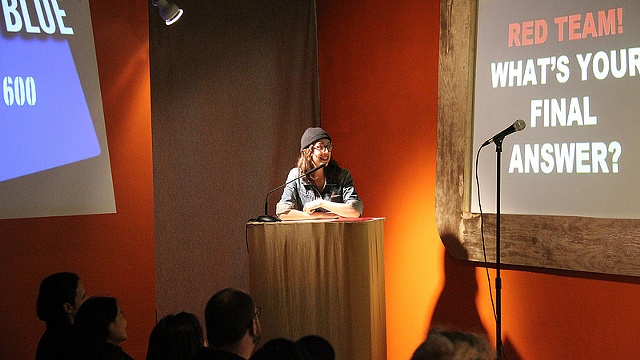 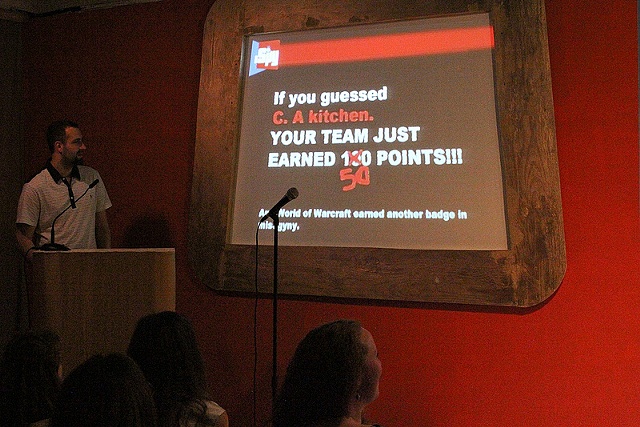 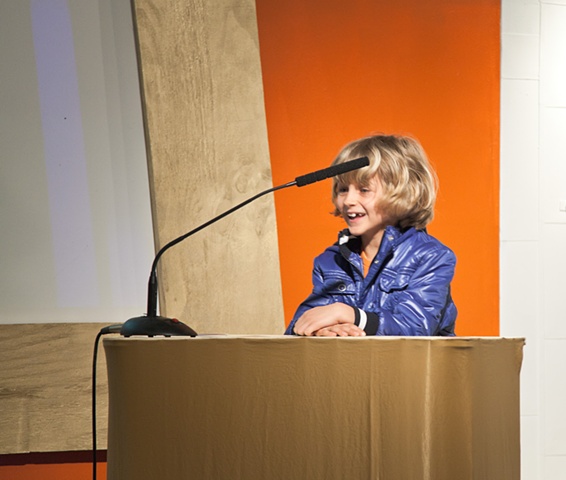 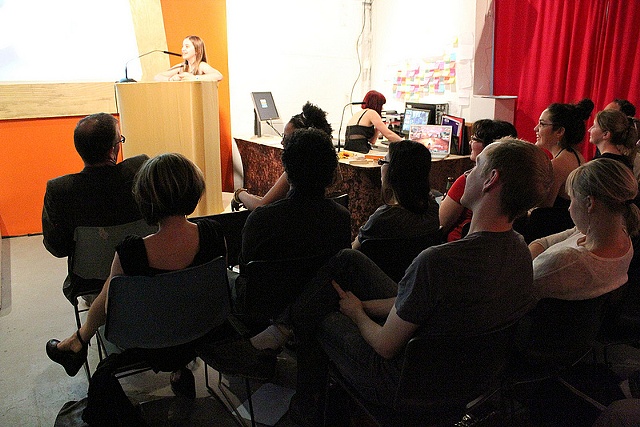 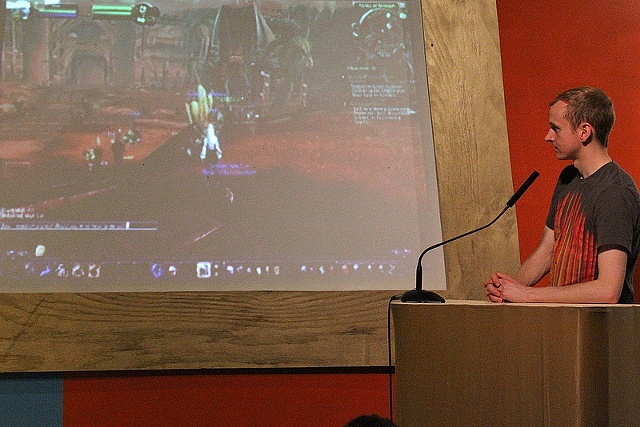 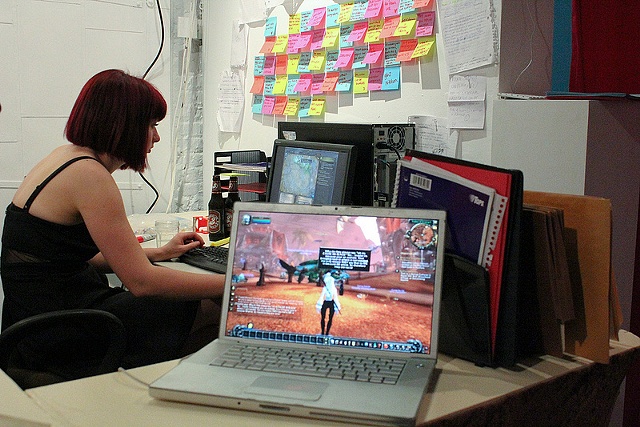 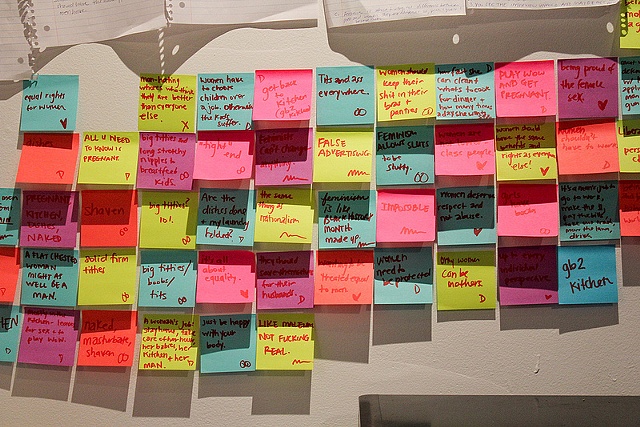 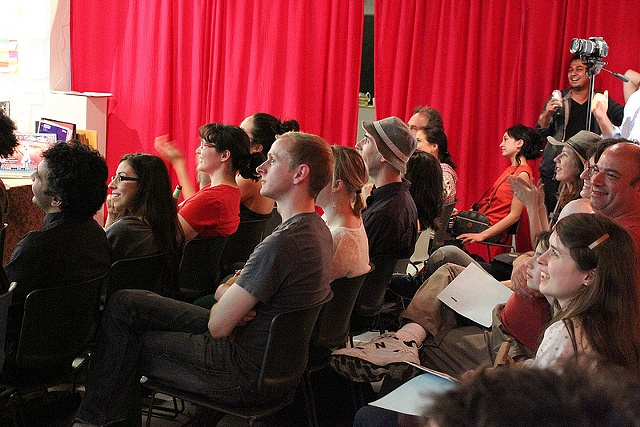 As the "Council on Gender Sensitivity and Behavioral Awareness in World of Warcraft," I have begun creating performances in which I engage players not in battles against common monsters or explorations of dungeons, but rather conversations about their definitions of feminism.

The gameshow edition of The Council involved a competition between teams of audience members to guess how players would respond to my questions regarding feminism and communal language formation.

This project was initially commissioned by Jason Eppink for "iSpy" a series of four interactive gameshow experiences.