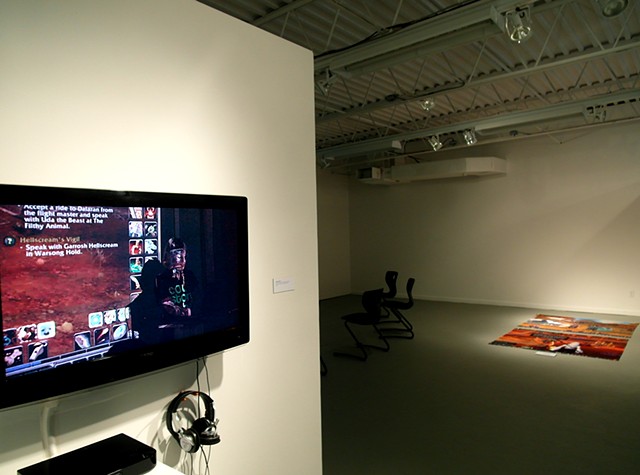 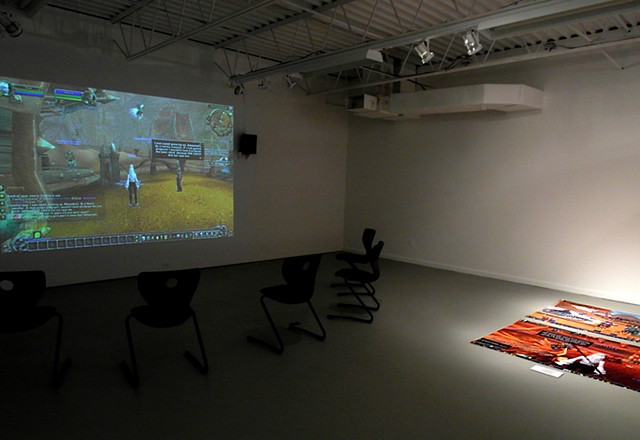 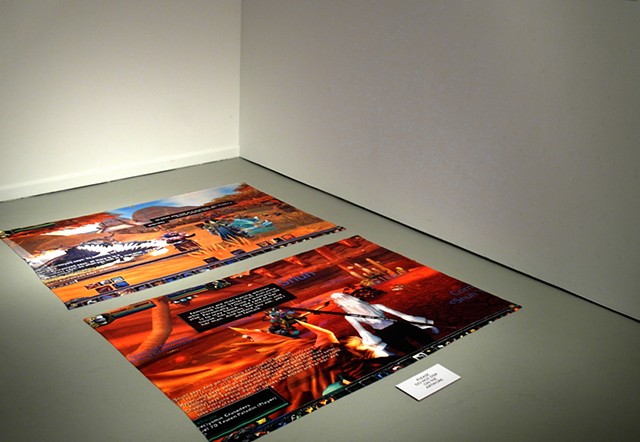 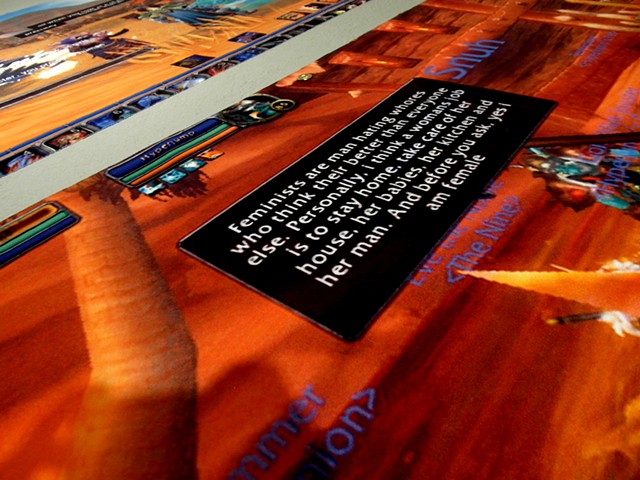 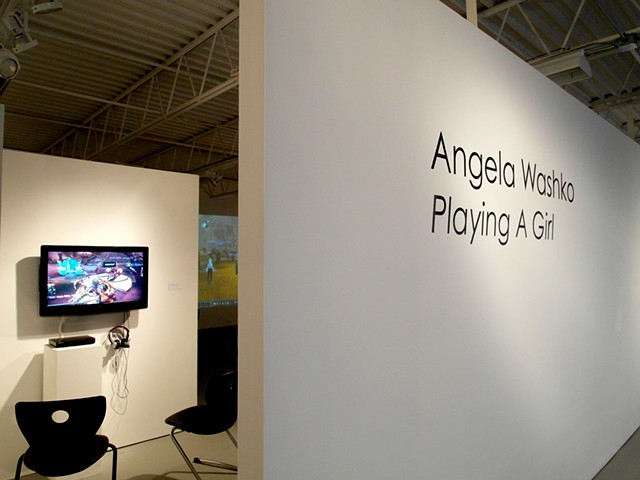 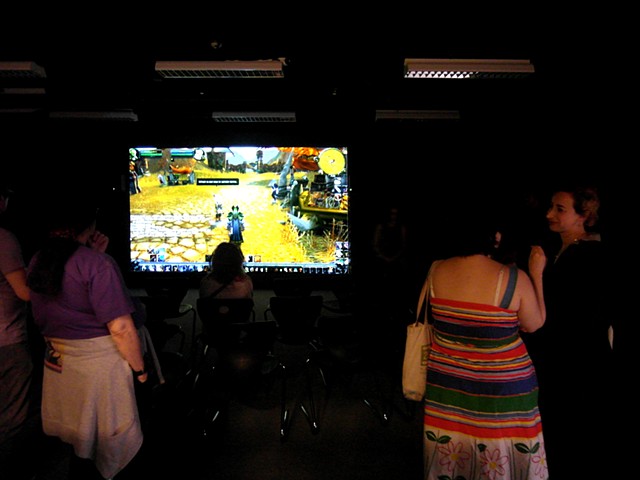 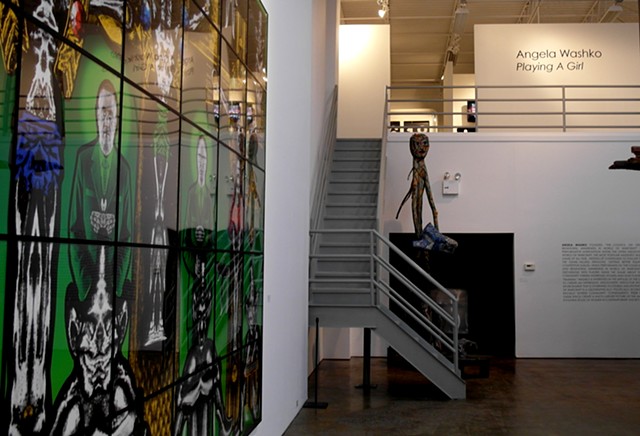 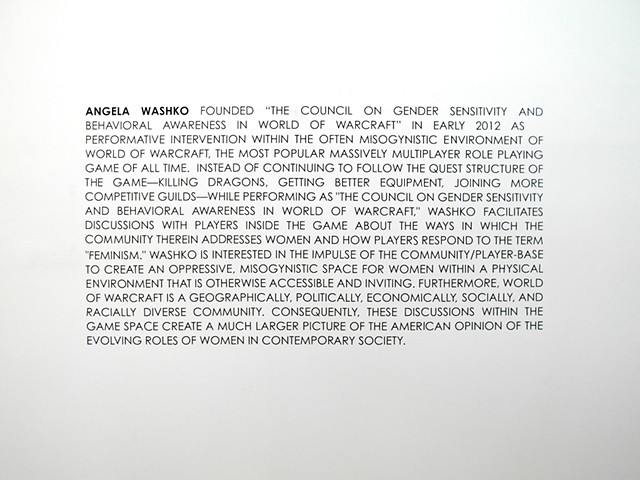 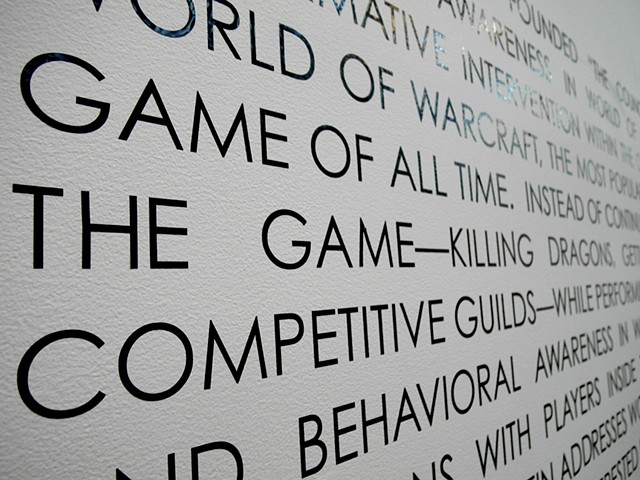 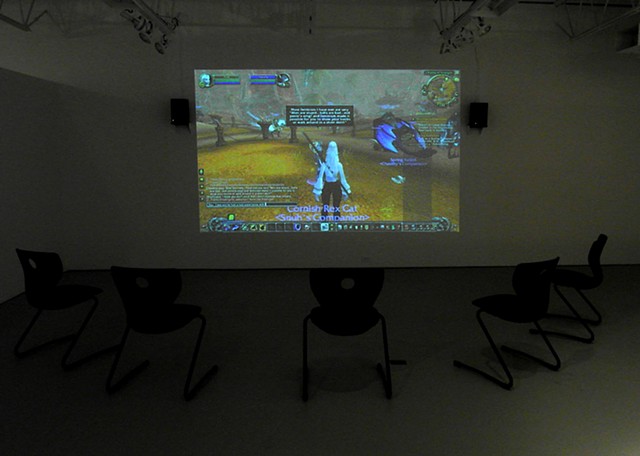 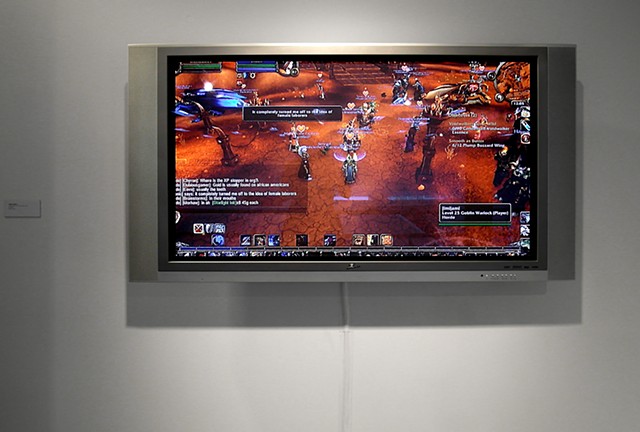 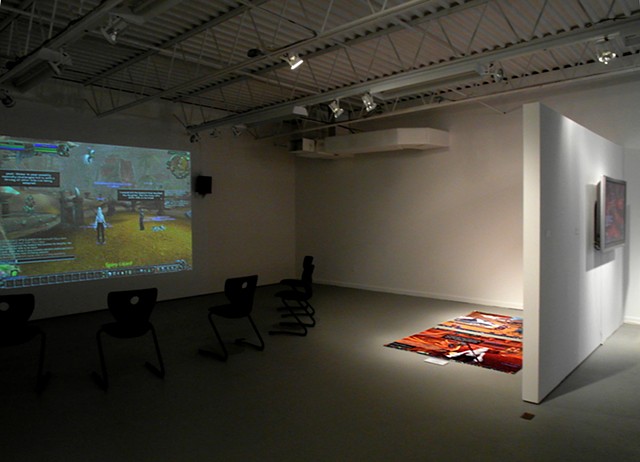 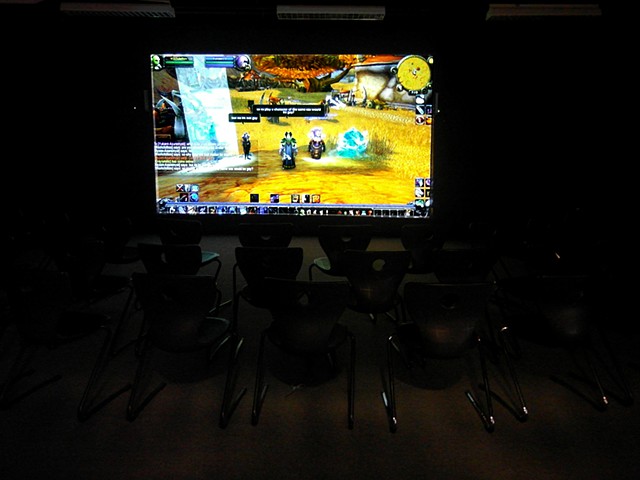 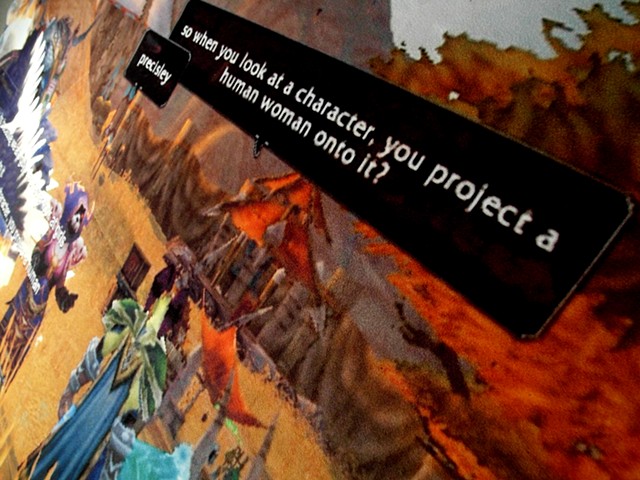 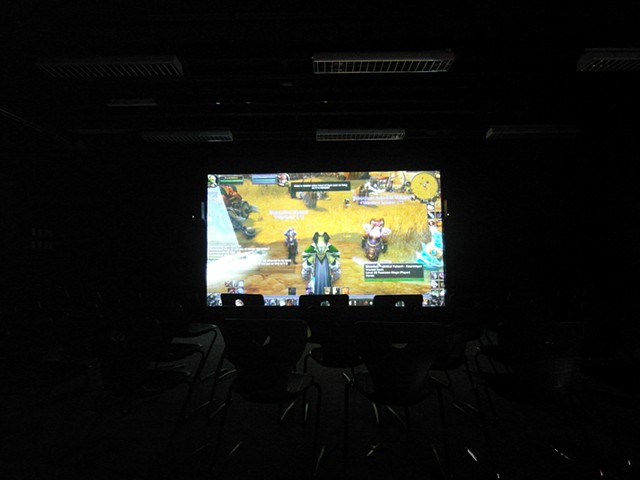 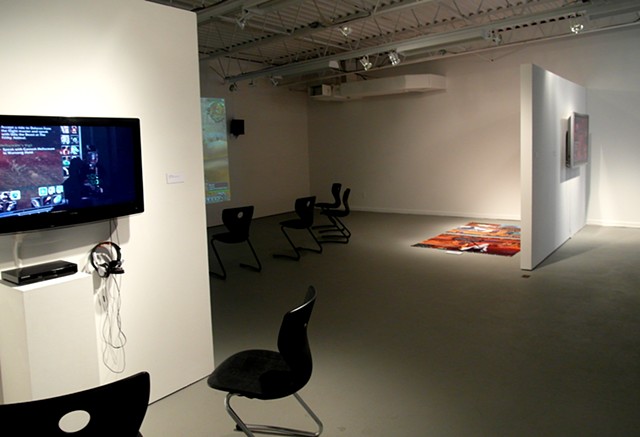 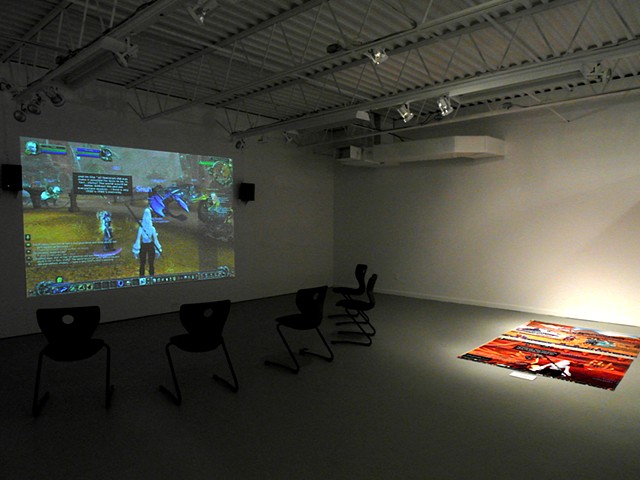 The Hudson Valley Center for Contemporary Art is pleased to present Angela Washko’s Playing a Girl.

In early 2012 Angela Washko founded “The Council on Gender Sensitivity and Behavioral Awareness in World of Warcraft” as a performative intervention within the misogynistic environment of World of Warcraft, the most massively popular multiplayer role playing game of all time. Instead of continuing to follow the quest structure of the game—killing dragons, getting better equipment, joining more competitive guilds—while performing as “The Council on Gender Sensitivity and Behavioral Awareness in World of Warcraft,” Washko facilitates discussions with players inside the game about the ways in which the community therein addresses women and how players respond to the term “FEMINISM.” Washko is interested in the impulse of the community/player-base to create an oppressive, misogynistic space for women within a physical environment that is otherwise accessible and inviting. Furthermore, WoW is a geographically, politically, economically, socially, and racially diverse community (a much more varied community to engage with than she has in physical public space). Consequently, these discussions within the game space create a much larger picture of the American opinion of the evolving roles of women in contemporary society.

Washko plays a number of different characters on different servers. In the works presented through Playing A Girl, Washko plays three characters: Washclothes, Ookitties, and Snuh. The conversations Washko facilitates generally start with feminism and meander into discussion surrounding long list of topics including (but certainly not limited to): the male impulse to play female characters within World of Warcraft, inherent gendered qualities, homophobia, separatism, and rape.

Angela Washko is a video artist and facilitator devoted to mobilizing communities and creating new forums for discussions on feminism where they do not exist. Her practice is research-based, employing data and archiving strategies as storytelling tools to create prototypes for actions by others. Intentionally misusing software and media, Washko attempts to intervene on public opinion regarding proper etiquette, appropriate lifestyle choices and limited gender designations.