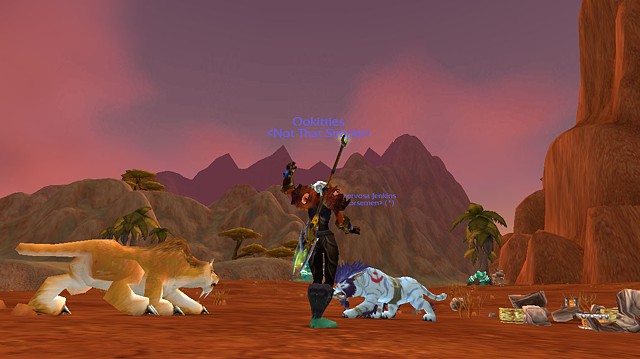 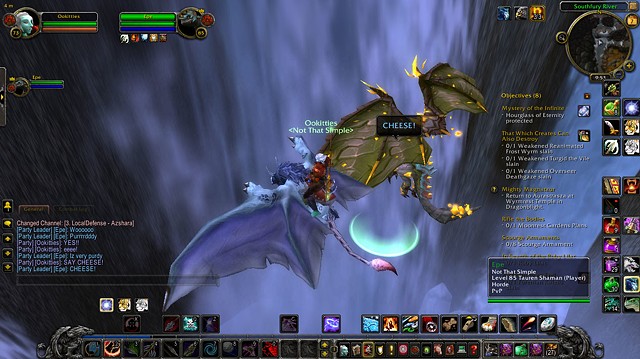 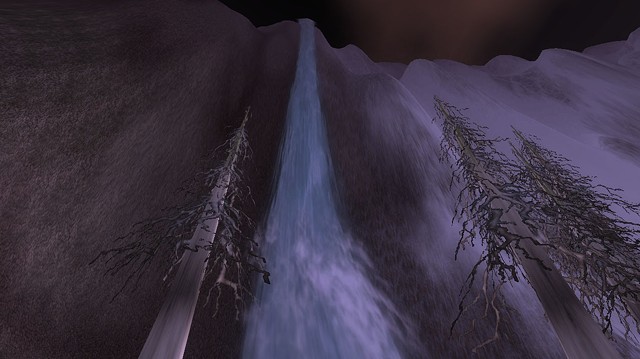 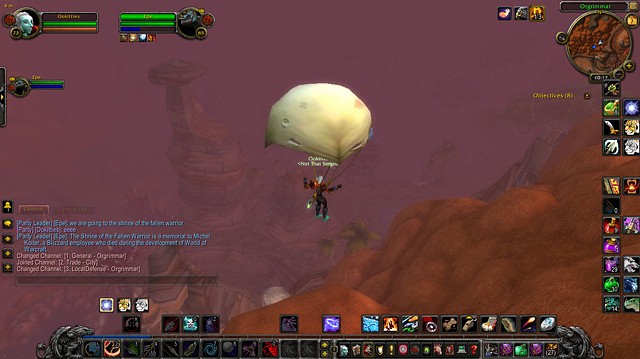 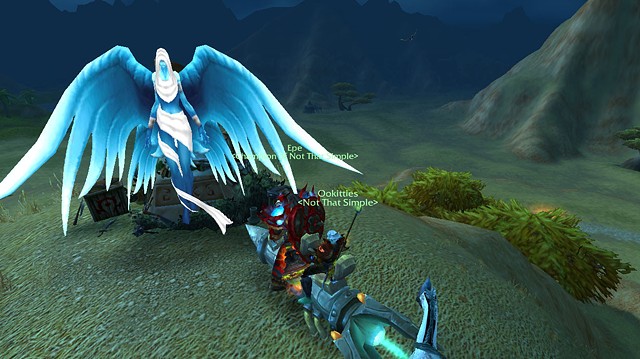 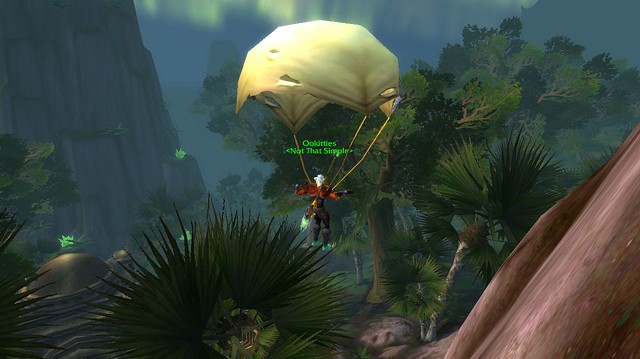 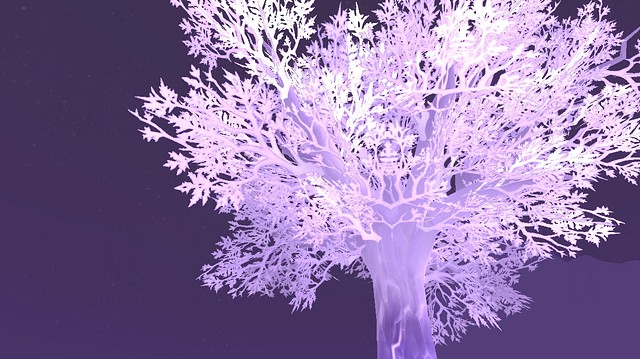 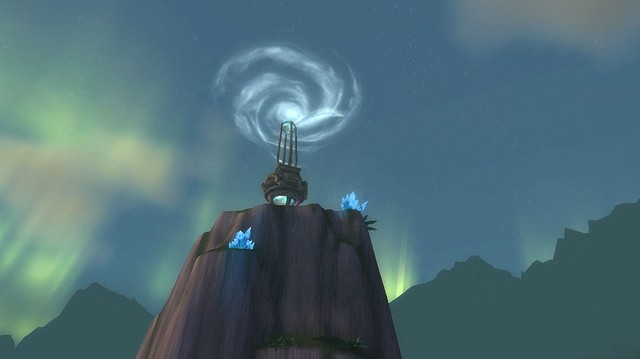 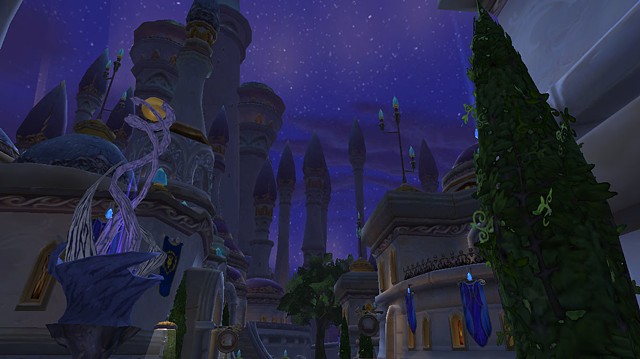 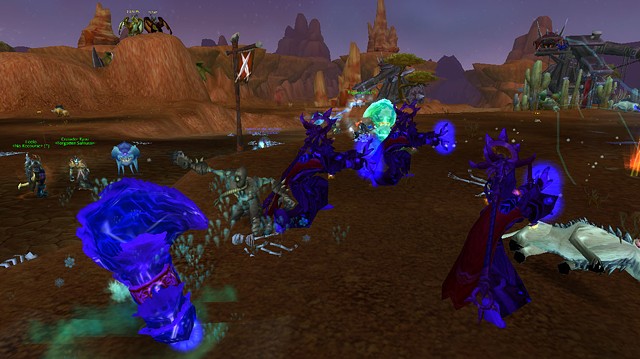 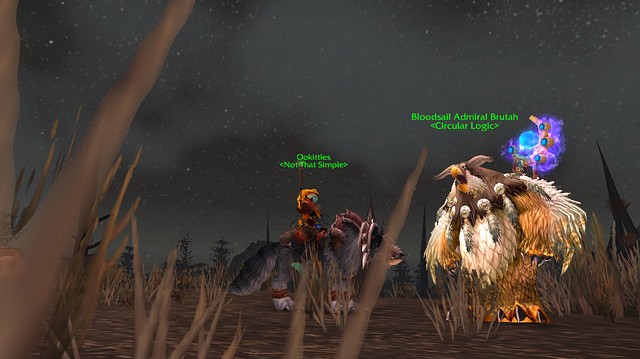 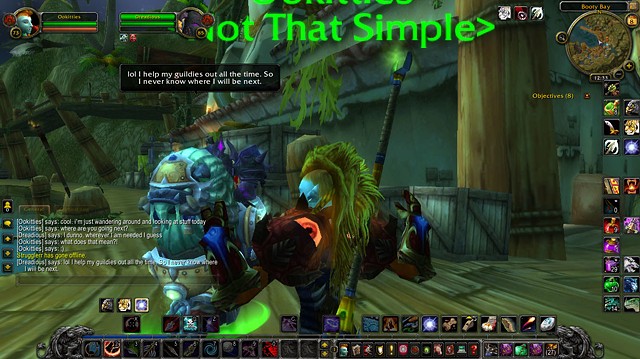 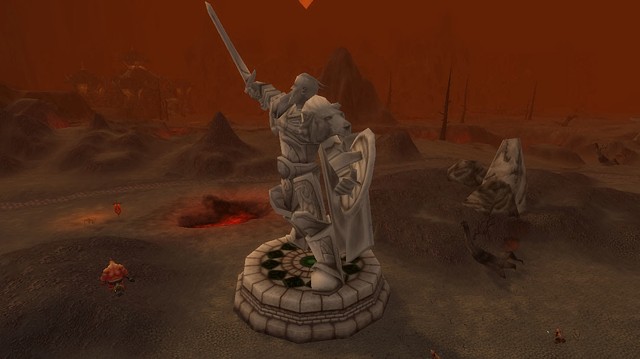 In conjunction with "CITYDRIFT" I spent an evening from 8pm - 3am playing World of Warcraft at Momenta Art in NYC. Running counter to the defined quest objectives inside World of Warcraft, I decided to wander - responding spontaneously to WoW's massive, epic virtual landscape. Instead of following obvious footpaths, clearly defined flight-paths, and roadways -I flew up waterfalls, followed giraffes, met new players and followed them while they completed quests, got dragon rides from strangers, and invited players to join me on an adventure. A particularly moving moment from the experiment occurred when another player took me to a memorial for a 19 year old player who died of unexpected heart failure. His avatar was under an angel and developers had made a tombstone with his initials on it. People make poetic gestures in video games too.

I sought out to provide audiences that do not have access to its broad array of transportation methods inside the game (or that have likely never played the game at all) with access to the incredibly vast, detailed, beautiful and densely populated world inside the game and also to invite myself and other players inside the game to look at it in a new way.

These spaces are not that different from spaces "in real life" - one walks from point a to point b and it looks like walking in real life....ways of speaking to people varies depending on geographic proximity. Yelling "COME ON AN ADVENTURE WITH ME!" garners the same responses inside WoW that one would get on the street- hesitation and dismissal. I had to learn to be more thoughtful in my approaches with individuals inside the game - just as one would have to do in public social space in NYC and other places across the US. It was a lesson that seems obvious now - but was essential to learn in order to engage other players.