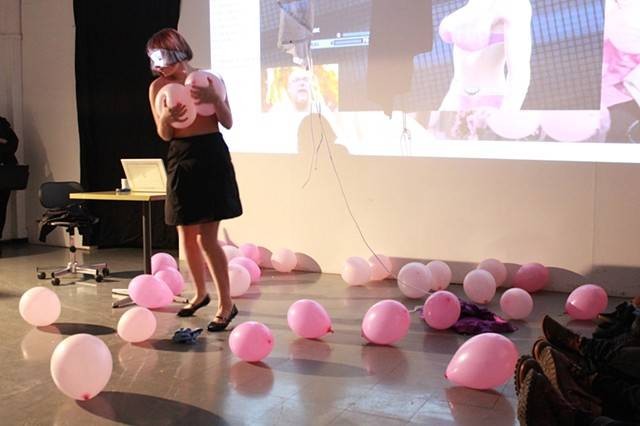 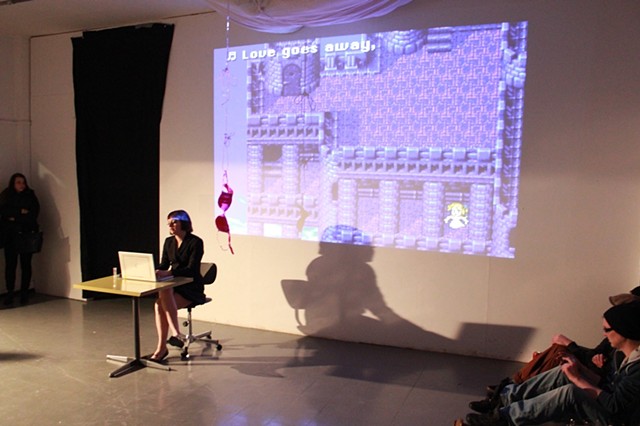 A bored administrator conducts data entry and daydreams of a romance between her and a tall, handsome, tough guy (as played by Molly and Nephlite of the 90s anime television series Sailor Moon). In her waking life she is confronted with what may be her biggest (or smallest) potential shortcomings: her small breast size, modest dress, and dedication to the sports bra. Sheyla Hershey and a gang of balloon touting women mock her with their massive breasts and ooze confident sexuality. The administrator caves, attempting to fit into the projection presented.