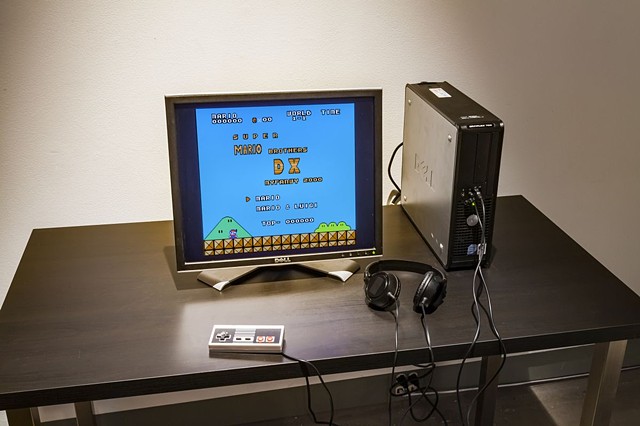 In mario battle no. 1, the gamer is invited to play the Super Mario Bros. video game, which originally consisted of Mario, a plumber from Brooklyn, who encounters monsters, villains, and wins money, and mind altering mushrooms, all under an umbrella of heroism to help free the captured Princess Peach (Toadstool), who is being held by Bowser, who also has an army of villains (Goombas, Lakitus, Koopa Troopas, Bullet Bills and Piranha Plants) in this game. The game they will end up playing, my version, is very different.

In my version of Super Mario Bros.: mario battle no. 1, I have removed all of the enemies, all of the prizes, all of the architecture, and left only the landscape. As there is no captured Princess Peach (Toadstool), no need for heroism, no monetary prizes, no amphetamines to make you stronger, there is nothing left to do but go for a walk, run, or jump around, solitary in the landscape and then you run out of time and die.